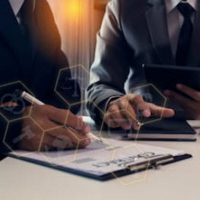 If you’d like to file a lawsuit due to some kind of investment issue, it’s best to get in touch with a qualified, experienced business litigation attorney. These lawyers specialize in financial matters, and they can guide you towards a positive resolution. The truth is that sometimes, investment sites like Robin Hood will do anything to avoid a costly lawsuit, and this often involves simply providing you with a settlement out of court.

What is a Meme Stock?

Meme stocks are a relatively new phenomenon in the investment world, but the basic concept is actually quite old. Most people became aware of the term when investors on Reddit decided to collectively buy shares in Gamestop, a company that owns various video game stores across the United States. When these Reddit users all collectively purchased the stock, the price rose dramatically, elevating the company out of dire economic straits and suddenly creating a very profitable situation for the Reddit users.

The media immediately latched onto the story, generally painting the Reddit users in a positive light and praising them for an innovative new investment technique. More cynical observers noted that this was essentially a “pump and dump” scheme. Things became even more interesting when it was pointed out that the “major players” in the investment world do exactly the same thing – organizing themselves and targeting seemingly random companies with billions of dollars of injected funds.

Why is this Leading to Lawsuits for Robin Hood?

Another twist came when the investment website Robin Hood refused to allow users to sell their Gamestop stocks, thereby preventing them from cashing on this investment. The users then sued Robin Hood, claiming that they had lost considerable sums because Robin Hood breached their fiduciary duty. On January 27th, however, a Miami federal judge ruled that the investors could not sue Robin Hood for negligence or fiduciary duty because the customers agreed to the site’s terms of agreement before registering. The terms of the agreement clearly state that the company may prohibit or restrict the ability to trade at any time, without notice or any given reason.

Reach out to the dedicated Miami business & financial dispute lawyers at Alhalel Law for help with your case. We know that the investment world can be plagued with many issues, but you don’t need to simply accept these issues without exploring your legal options. Filing a lawsuit and receiving a settlement may be easier than you think, so get in touch today and book your consultation. We’ll guide you towards a positive resolution.

By Alhalel Law | Posted on March 23, 2022
« Florida Companies May Soon Have The Ability To Sue The State For Loss Of Profit
Why Is Microsoft’s Acquisition Of Activision Blizzard Encountering Legal Issues? »