Why Is Microsoft’s Acquisition Of Activision Blizzard Encountering Legal Issues? 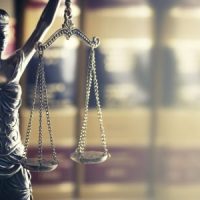 Whether you’re a gamer or not, you’ve probably heard about Microsoft’s acquisition of Activision Blizzard. The tech giant has purchased the gaming company for a staggering $68.7 billion, signaling Microsoft’s intent to dominate the world of video games. Over the past few years, the company has been acquiring a number of game developers, including Obsidian (the makers of the original Fallout), Bethesda (the makers of Skyrim), and many others.

Activision Blizzard is perhaps their biggest gaming acquisition yet, however, as this company is known for triple-A titles like Call of Duty and World of Warcraft. But the deal is not quite finalized, and Microsoft has to deal with significant legal issues before they can move forward. So what’s the big deal? Isn’t it legal for one company to buy another company?

As any experienced business litigation attorney will tell you, the United States takes antitrust laws very seriously. There are other legal issues to consider as well. This is why it’s so important to work with a qualified attorney if your company is planning on acquiring another entity, as these legal professionals can help you overcome significant hurdles.

Microsoft faces potential antitrust investigations because of this merger. Some say that the deal will not attract much attention from regulators because it’s seen as “vertical” rather than horizontal. A vertical merger involves companies that are in two different industries, while a horizontal deal combines companies that are competing in the same industry. Although Microsoft is involved with gaming, it’s not considered a game developer in the same way as Activision Blizzard.

However, this deal may be an exception to that rule, mostly because of the enormous price tag. The deal would make Microsoft the third-largest gaming company by revenue. There is also the issue of exclusivity. After a company is acquired by Microsoft, their video games become Xbox-exclusive. This means that the company is banned from creating games for competing consoles, like the Playstation 5 or the Nintendo Switch. If Microsoft simply purchased all of the major developers, there would be no games for these other consoles. However, that itself is not illegal. Regulators will be most concerned about raising prices or otherwise harming consumers who no longer have the ability to simply switch to another console.

Activision is Dealing with a Sexual Harassment Scandal

In addition, Activision is dealing with a considerable sexual harassment scandal. By purchasing this company, Microsoft is taking on the responsibility of dealing with these issues. Many of these sexual harassment lawsuits have yet to be resolved, which means that Microsoft could actually be held liable, and they may be forced to pay out seven-figure settlements for victims.

For help from a skilled Miami business & financial dispute lawyer, reach out to Alhalel Law. Whether you’re planning on acquiring another company or you’re dealing with other business litigation issues, we can help you overcome any legal hurdles you might be facing. Book your consultation today to learn more.

By Alhalel Law | Posted on March 30, 2022
« Meme Stock Lawsuits Explained
What Is Breach Of Fiduciary Duty? »