Close Menu
Miami Business Attorney > Blog > Business Financial Dispute > What Should I Do If Someone Is Defaming My Business In Miami?

What Should I Do If Someone Is Defaming My Business In Miami? 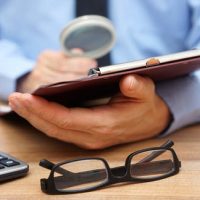 Businesses rely on solid reputations in order to succeed. As any experienced entrepreneur will tell you, word-of-mouth marketing is one of the most effective tools when building and maintaining a business. Unfortunately, word-of-mouth can also prove to be quite destructive. When people spread false rumors or make outrageous claims about your business, you may suffer very real losses. In the legal world, this is known as defamation. So what can you do if someone has been defaming your business in Miami?

The first step is to reach out to a qualified attorney who specializes in business litigation. These legal professionals can help you protect your business and hold individuals accountable for their lies and misrepresentations. With the right legal team, you can sue those who have engaged in defamation and recover a settlement. This settlement can cover all of the damages you might have incurred due to the defamation.

In Florida, defamation occurs when four elements are present:

When all of these four elements are present, you can sue the guilty party for defamation.

It’s worth pointing out that the statement doesn’t necessarily need to be published to the public in order to constitute defamation. The guilty party only needs to publish it to a “third party.” For example, they might send false statements to one of your business partners, resulting in a lack of trust and economic losses on your part. It’s also important to remember that the statute of limitations for defamation suits in Florida is two years. This means that if you wait too long, you may be barred from taking legal action.

An Example of Defamation in Miami

In August of 2021, a Pastor in Miami sued the ABC Affiliate “WPLG-10” in Miami for defamation, claiming a total of $50 million in damages. He sued the news station a total of five times, with the first lawsuit filed four years prior. The news station initially reported that the Pastor was swindling people out of their money, which he interpreted as defamation. The news team reported that he was forging checks, convincing people to sign over the deeds to their homes, and engaging in other troubling behavior. In the end, the defamation suit was thrown out, and the pastor was ordered to pay all legal fees incurred by the news organization.

For help from a skilled Miami business & financial dispute attorney, look no further than Alhalel Law. We have helped numerous businesses maintain their reputations, and we can hold individuals accountable for spreading baseless rumors and harmful lies about your business. With our help, you can also recover a settlement that will compensate you for your losses. Reach out and book your consultation today.

By Alhalel Law | Posted on November 1, 2021
« Can You Sue A Business For Data Breaches In Florida?
Sarasota Real Estate Agent Sued For Manipulating Sellers »