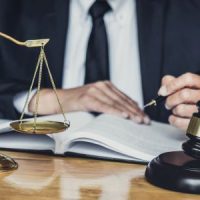 Universal is one of the most active companies in Florida – especially when it comes to the tourism industry. Millions of people come to Florida each year just to experience Universal’s many theme parks. But recently, it was reported that the entertainment company was being sued over a real estate deal that apparently went wrong. Land in Orlando is at the center of this controversy, and people are still trying to make sense of what’s going on.

If your business is dealing with a land dispute or commercial litigation of any kind, it makes sense to get in touch with a business litigation attorney as soon as possible. Choose a local lawyer in Florida, and you can approach this situation in a confident, efficient manner. Although these disputes can be quite complicated, a lawyer can make sense of it all and guide your organization to a positive outcome.

Universal is Being Sued for $250 Million

On April 11th of 2022, it was reported that a Georgia-based real estate company called Fourth Watch Acquisitions was suing Universal and Universal City Property Management, claiming damages of $250 million. The company claims that it had a contract to purchase 135 acres from Universal for a total of $125 million. The agreement was signed back in 2017, and closing was set for 2018. Fourth Watch was planning to build its own theme park complete with ATV tracks, river rafting, a snow dome, and even surfing.

Weeks before closing, the deal fell through – and Universal City Property Management simply chose to sell the land back to Universal without Fourth Watch’s knowledge or consent. This was all related to a separate lawsuit between Universal City Property Management and Universal, which was settled in 2018. When this lawsuit was settled, land disputes were resolved, and suddenly Universal had the opportunity to link multiple parcels of land together for a large-scale expansion of its theme park business.

Fourth Watch claims that when this happened, Universal had the opportunity to cut them out of the deal and eliminate competition from another potential theme park in the process. Universal’s upcoming “Epic Universe” is one of the most notable new projects that this company is engaged in, and it will be ready by 2025. Some have suggested that the creation of this ambitious new theme park would not have been possible if Fourth Watch was able to keep hold of their land.

Universal has yet to tell their side of the story, and we can be confident that more details will emerge as this lawsuit continues.

For help from a skilled Miami business & financial dispute lawyer, reach out to Alhalel Law. Over the years, we have helped numerous businesses deal with a variety of legal issues, and we can guide your organization towards a positive outcome in a highly efficient, confident manner. Book your consultation to learn more and take your first steps towards justice.

By Alhalel Law | Posted on June 20, 2022
« Types Of Contract Disputes
What Is A Non-Compete Agreement – And What Happens When It Is Violated? »