Close Menu
Miami Business Attorney > Blog > General > Can You Be Sued For Wrongly Implying Your Products Are Made In A Certain Location?

Can You Be Sued For Wrongly Implying Your Products Are Made In A Certain Location? 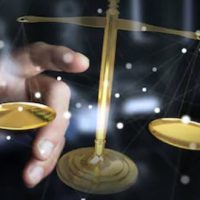 Certain locations are associated with high levels of quality. Clothes made in Italy carry a certain reputation, and food made in France tends to get the attention of food connoisseurs. But what happens if your company wrongly implies that your products are made in a certain location? Could this really form the basis of a lawsuit? Are you truly misleading consumers, or are you simply using a clever marketing ploy? Although this might sound like a textbook example of a frivolous lawsuit, some buyers are actually suing companies for these so-called offenses. But could your company be sued as well?

In October of 2022, Barilla was sued for implying that their pasta was made in Italy. Founded in Parma in 1877, the Italian company is still family-owned. It also rakes in about $4 billion in revenue each year. The lawsuit revolves mostly around the company’s slogan: “Italy’s No. 1 Brand of Pasta.” Although this might seem like a relatively innocuous phrase, two American consumers decided to use this as the basis of a false advertising lawsuit when they discovered that Barilla products sold in the United States are actually made in the United States. They also claim that the use of the Italian flag on the packaging supports this false notion.

It makes sense from a manufacturing perspective. After all, why ship pasta across the Atlantic Ocean when you can just invest in American factories (creating jobs for American workers) and lower your long-term costs? The plaintiffs claim that they would have never purchased Barilla products if they had known where they were made.

Barilla has struck back, claiming that the words “Made in the USA” are clearly stamped on each box. Obviously, the plaintiffs are hoping for a quick payout – but that seems unlikely for a number of reasons. First of all, Barilla is a powerhouse of a food company with access to limitless funds. They will have the ability to hire one of the best business law attorneys in the nation, while the plaintiffs might not have the same access to quality legal representation.

In a similar case, Texas Pete Hot Sauce was sued for implying that its products were made in Texas. The hot sauce is actually made in North Carolina. Again, the plaintiff claims that he would not have purchased the hot sauce if he had known it was not an “authentic Texas product.” The plaintiff also claims that he was further misled by the label’s cowboy and lasso logo – along with the Lone Star flag. He also stated:

Where Can I Find a Qualified Business Law Attorney in Miami?

If you’ve been searching for a Miami business & financial dispute lawyer, look no further than Alhalel Law. Over the years, we have assisted numerous businesses in Florida with a wide range of legal issues, including cases involving fraud, contract disputes, real estate litigation, personal injury, and much more. If your company is facing a lawsuit for whatever reason, you should get in touch and assess your legal options during a consultation. From there, we can guide you towards a positive solution – allowing you to continue contributing to Miami’s vibrant economy. Reach out today.

By Alhalel Law | Posted on December 12, 2022
« Why Are Disney And Kanye West Being Sued In Florida?
Miami’s Most Notable Recent Fraud Cases »